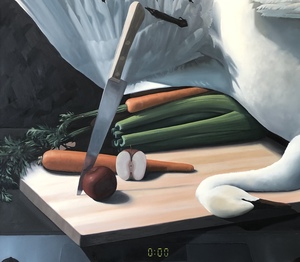 Leda and the Swan is a short series of paintings that I am working on during the current pandemic. This series is depicting Zeus in various stages of food preparation by Leda. I look forward to sharing the work this fall.

Pollinators an on line group exhibition hosted by NYC's Riverside Park and The Art Students League of New York.

Pop Up Art Party an on line fundraising exhibition for the Hunterdon Art Museum. 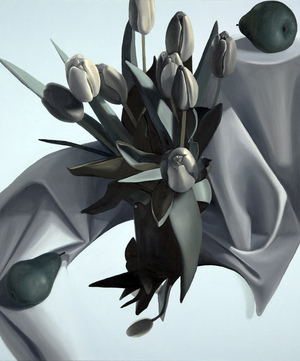 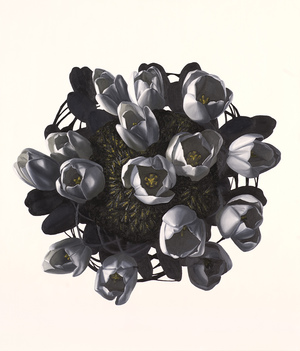 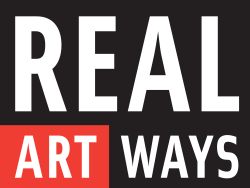 Real Art Ways Catalogue Essay by Gil Scullion
A catalologue has been printed to accompany the solo exhibition Mia Brownell: Plate to Platelets on view at Real Art Ways in Hartford August 15 to September 30, 2018. 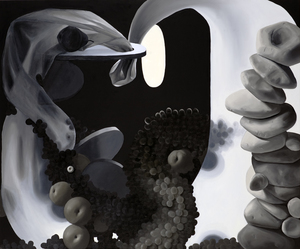 I am looking forward to being a Visiting Artist at the American Academy in Rome this October.  Made possible by current grant and sabbatical awards from Southern Connecticut State University.

October 20th
Sour Milk@ 73 Orchard Place in Greenwich, CT on Saturday, October 20th4:30-8:30pm. A group of selected artists are given 48 hours to transform a house before it is demolished. Curated by Ben Quesnel and Christine Stiver
https://www.instagram.com/sourmilk2018/ 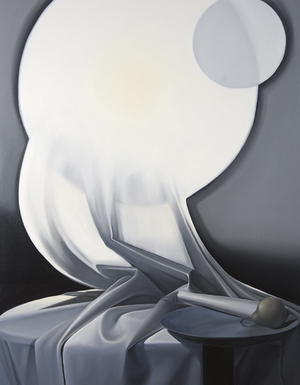 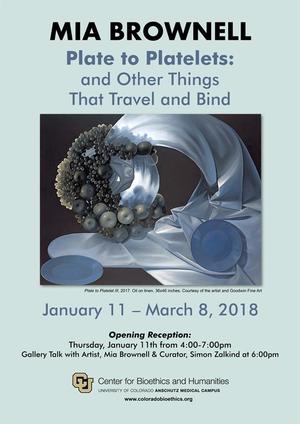 and Other Things That Travel and Bind

The Fulginiti Pavilion for Bioethics and Humanities

University of Colorado at Denver 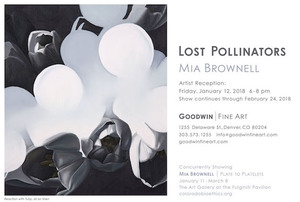 In this new series Plate to Platelets: and other things that travel and bind I simultaneously draw on scientific images of platelets (tiny blood cells shaped like plates) and the history of the painted food still life. My inspirations focus on the 17th century still life tradition of plates being painted on the precipice of a table’s edge (often looking like they are about to fall) and how platelets rush to the site of damage to repair. I fantasize about what the cultural/social equivalents to platelets could be, as well as, other things that travel and bind in and outside of our bodies.

These paintings dissect and interweave fundamental elements of nature, food, and culture – of movement, and impulse - that might be labeled theatric. My motivations stem from the confluences between the seductive excesses of food culture, the vanity and illusionism of traditional still life painting, and the constructed spaces of computer generated scientific imaging. I imagine the entanglement between the consumerist idealization of food with its biological engineering and the molecular strains that then interact with our bodies. The space I paint attempts to capture this paradoxical perspective, one that is equally rational and fantastical, material and in constant flux. If we are what we eat, what are we becoming? These entanglements reveal a new nature of food and the cultures that adopt or are dependent on it. Food and science have become dynamic fields for both exploration and manipulation and we are made vulnerable and powerful by it. 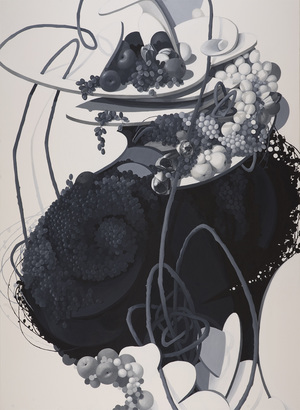 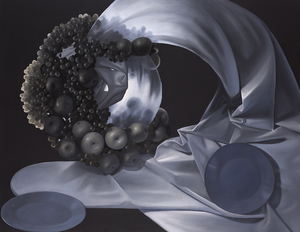 'Plate to Platelets: and other things that travel and bind'

New Paintings by Mia Brownell exploring biology and still life as metaphor for fragility and strength.  Opening January 2018 in Denver:

The Fulginiti Pavilion for Bioethics and Humanities

University of Colorado at Denver 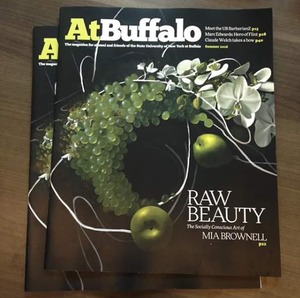 Featured in the summer issue of At Buffalo page 22! :)
Loading...